To determine our common ground and our differences.

Photo by Robert Nyman on Unsplash 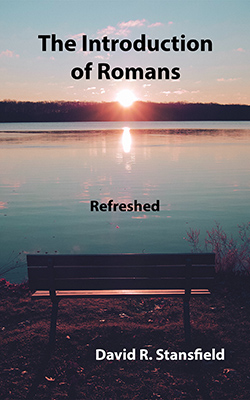 How to read the introduction of Romans, with a focus on the argument of Rom 1:14-17.
With a fresh translation and a concise step-by-step commentary.

In Rom 1:14-17, Paul re-expresses the ancient Habakkuk 2:4 prophetic vision, which was about the distant future, as rather an historical ‘vision’ unfolding in his own personal and historical context.

The book presents David’s fresh interpretation of the argument across Rom 1:1-23, including:

Photo by Aaron Burden on Unsplash

Resources
The resources that were important to David for learning the Bible story.