David is currently working on a second edition of the book.

Whereas the First Edition is now obsolete, the translation and interpretation is a support for the second edition.

David released The Introduction of Romans, Refreshed in June, 2020. 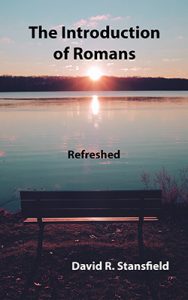 “In Rom 1:14-17, Paul re-expresses the ancient Hab 2:4 prophetic vision, which was about the distant future, as rather an historical ‘vision’ unfolding in his own personal and historical context.”


Photo by Aaron Burden on Unsplash

Research
The Introduction of Romans, Refreshed