David is in Melbourne, Australia since October 2018. 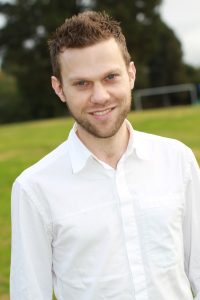 David is a Christian theologian in Melbourne, Australia.

The Christian historical metanarrative is the broad-sweep of the Biblical story.

General statements about “the church” need to be made with consideration of the fact the church has many members in many nations.*  That is, the church is more than the members in one nation or region.

And, there are many thousands of members in:

An excerpt from N.T. Wright’s tome, Jesus and the Victory of God, page 268:

“Centuries of Christian usage have accustomed readers of the New Testament to think of “forgiveness” as primarily a gift to the individual person, which can be made at any time.  It is, in that sense, abstract and ahistorical, however much it may burst upon one’s consciousness with fresh delight in particular historical situations.  On this basis, analyses of Jesus’ offer of forgiveness have tended to focus on the piety (the sense of forgiveness) or the abstract theology (the fact of forgiveness, or the belief in it) of Jesus’ hearers and/or the early church.

The entire argument of this book so far indicates that this puts the cart before the horse.  What is regularly missing from analyses of forgiveness is that which, arguably, stands front and centre in precisely those biblical and post-biblical Jewish texts upon which Jesus and the early church drew most heavily.  Forgiveness of sins is another way of saying ‘return from exile.’”

In these passages, N.T. Wright expands the perspective on sin to include the history of Israel before the cross (Israel in exile), and an awareness of the Christian church as the people who are no longer in exile.

David is a theologian in Melbourne, Australia.